Antropofest is an international festival of movies with social anthropological themes.

Festival is held by eponymous NGO, formed by social anthropology graduates. The goal of the festival is to introduce the general audience to the movies that could also be one of the important study instruments of our domain. These specific documents will allow us to learn about the life of various human communities, social groups or individuals around the world.

During the festival we will hold debates on current projections and there will be also other accompanying programme.

We are looking forward to you!

Second Echo goes to Pardubice to Divadlo 29. You can watch movies  Hip Hop, My Release ańd Noise that Brings Money at Tuesday 20th May, starts 7pm. We are looking forward to you!

First Echo of Antropofets goes to Opava to Club Art at 15th April at 5pm. You can watch Freetekno a Hip Hop, My Release.

The spot for 5th Antropofest is made by Bohdan Heblík - kofila.com. You can watch it in world premiere here https://vimeo.com/83492169

We prepare czech subtitles for all foreign languages movies.

OUT INTO WORLD WITH CHEESE 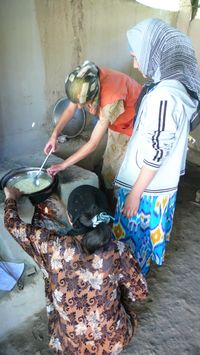 The Kyrgyz Organisation CBT (Kyrgyz Community Based Tourism Association) made an advertisement in an alpine newspaper with the help of a Swiss Tourist. They were looking for a cheese maker to teach interested women in a mountain region village in Arslanbob about cheese making. Maike Oestreich, a cheese maker and farmer based in Switzerland decided to spend her summer in the Kyrgyz mountains for once rather than on an alp in Switzerland. She has never crossed the borders of Europe before.
The movie shows, how this specific knowledge is transferred and transformed in a completely different context and what kind of problems arise, when different actors with theirs different intentions are involved in a kind of voluntary development aid project.
The filmmaker was following the cheese maker from her working place in the alpine dairy in Sufers in Switzerland to the world’s largest walnut forest in Arslanbob to accompany and observe her ongoing project.

Ramona Helena Sonderegger is Primary teacher and has BA in Social Anthropology, Psychology and Political Sciences at the University of Zurich.

The film is poetic portrayal of a young woman who, eager to be an active citizen, is trying to come to terms with a complicated history of the continent. Alana Hunt is a curator in Aboriginal community art center. White employees work with Aboriginal artists who tell the history of the Aboriginal nation Giya throught art. Alana tries to help others in all possible ways which makes her more of a social worker and a close friend of the local people. The complicated postcolonial situation in Australia forces her to the question the client-based approach ant the actual contribution of the white people to the Aboriginal community.

Vladimír Turner graduated from Audiovisual Studies on Film and Television Faculty in Prague and Intermedial communication on Academy of Arts, Architecture and Design in Prague. He attended study in Buenos Aires, Valencia and Australia.  He oscillates between documentary, art in public space and activism. You can see his works from all over the world on the streets, screens and galeries.

BACK TO THE FUTURE

After having worked for 18 years in the U.S., the „sans-papier“ Richar returns to his country Ecuador with his new American wife. Although divorced from his former wife, he is still very attached to his three children.
The reunion with the family and with old friends shows in a personal way the tensions as well as the hopes and the courage to face the difficult reality of a migrant. The filmmaker, to whom Richar is linked by a friendship since an anthropological field reasearch 30 years ago, follows him during the first weeks of his return to his village in the Andes.

Hans-Jurg is born in Zurich, Switzerland. He studied cultural Anthropology in Zurich and Ecuador where he met the main character of the movie. He has made various documentaries. 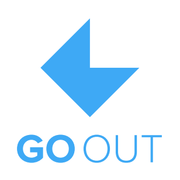 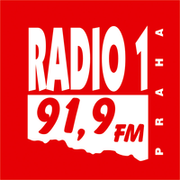 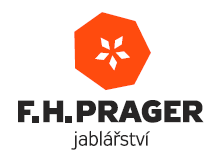 Don't hesitate and ask us or just send your movie (with apllication form) on email: [email protected]